A triple stabbing by vibrant women in south San Jose isn’t national news. However, the arresting pics are insightful as examples of the most visible and reliable indicators of criminal activity that physiognomy can offer.

Basically, police reported to a man stabbed in the stomach… and then a second stabbing while they were on the first call… and then a third… and then a sharp-eyed cop noticed a couple suspicious Norwegians watching from the shadows with a bloody knife. 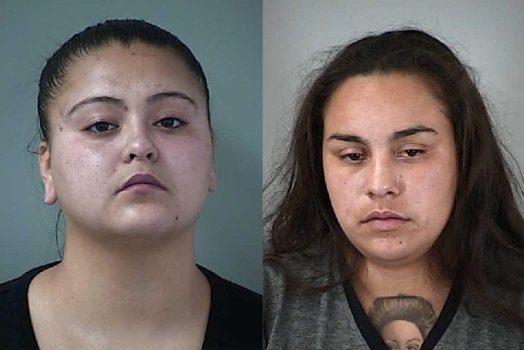 Alexandria “Thelma” Campos and Tori “Louise” Sanchez. My nicknames. I’m guessing from their complexions that they both have herpes but never mind. Look at their eyes & hair.

Heavy-lidded eyes that cover half the pupil are a reliable indicator of extreme narcissism and detachment from reality. The reasoning is that the person is using his eyelids to wall himself off from reality around him, either as a defensive method (paranoia/persecution) or concealing foul intents (sociopathy). Thelma’s eyes don’t quite look that bad in this picture only because her head is tilted up–a gesture of superiority, so I’d guess she’s the masculine dyke of this ‘civil union’. I bet she told Louise to hold the knife while the cop walked over.

Another physiognomic sign is their ‘frizzy’ hair with lots of loose ends. Disorderly hair & eyebrows indicate disorderly thoughts. This isn’t always a bad thing–Einstein had frizzy hair and his unconventional thoughts proved valuable–but combined with the heavy-lidded eyes, Thelma & Louise are batspit cuckoo even for BPDs from the ghetto. 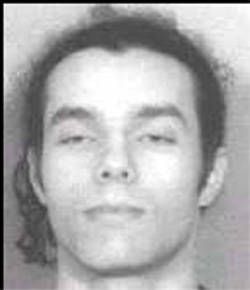 David Berkowitz aka “Son of Sam”. John Wayne Gacy. Hair not frizzy but possibly due to balding. 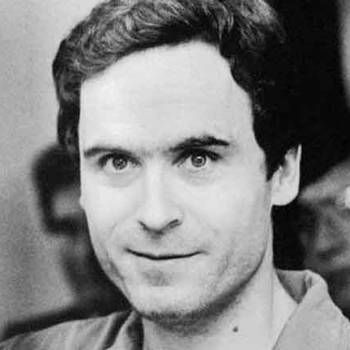 Ted Bundy has neither heavy-lidded eyes nor frizzy hair, showing how physiognomy isn’t an infallible indicator of criminality. Bundy was a necrophiliac so likely driven by sexual urges rather than sociopathic urges. Bundy may have had the opposite of heavy lids, the “white all around” eyes. That’s another bad one–it indicates the limbic system is running wild and the person could impulsively do almost anything. Unfortunately, women are prone to finding this reliable indicator of emotional disturbance sexy.

Jeffrey Dahmer was another necrophiliac. Significant but not heavy lids, no frizzy hair.

Frizzy hair doesn’t always indicate disordered thoughts. For example, the guy might cut his own hair to save a buck; cheapo, not psycho. Eyebrow hair is therefore a more reliable indicator but often hard to make out in a photograph.

When meeting a stranger for the first time, one should be suspicious if their eyes have the ‘heavy-lidded’ property, especially if their hair is also disorganized. It’s a warning sign, therefore not 100.0% reliable but their mental state and motivations absolutely must be checked out before they’re trusted. They won’t rape your corpse but that’s a cold comfort to the naive.