[Stockton Mayor Michael] Tubbs, a Stockton native and Stanford graduate who is all of 27 years old, wants to give at least $500 a month to a select group of residents. They’ll be able to spend it as they wish, for 18 months, in a pilot program to test the impact of what’s called guaranteed basic income.

More welfare from a Dindu Mayor. Yawn. Tubby is a fatherless negro who grew up in both poverty and enough money to attend Stanford, who also graduated (presumably) at age 22 and became mayor of a major U.S. city at 26. He’s clearly a spoiled brat of a welfare recipient whose major achievement in life is leveraging white guilt. Just another bipedal mouthpiece for greed.

Stockton is [also] about to award stipends of up to $1,000 a month to residents deemed most likely to shoot somebody. This program is called Advance Peace, and it’s modeled after a crime reduction program in the Bay Area city of Richmond.

The idea is that a small number of people are responsible for a large percentage of violence, and offering them an alternative path — with counseling and case management over an 18-month period, along with a stipend if they stay the course — can be a good investment all around.

“Let me be clear, Advance Peace is not a get out of jail free card,” Tubbs wrote in explaining the program on Stockton’s public safety website. “Participating in this program doesn’t erase the past, but it does help these young men learn how to make better choices for their own and our community’s collective future.”

There’s a difference between a vision and a hallucination, and time will tell with Tubbs. But I like the young man’s mix of rebelliousness, impatience and willingness to take risks.

Tubbs attended a San Francisco conference on [UBI] topics last year and met Natalie Foster of the Economic Security Project, whose ambitious goal is to find ways to lift people out of poverty and to rebuild the middle class. Foster co-chairs the project with Facebook co-founder Chris Hughes.

“Actually modeled after the Alaska Permanent Fund,” [Tubbs] wrote. “Are you familiar with it?” The Alaska fund shares the wealth on state oil revenues, awarding residents roughly $2,000 a year.

Alaska pays people to live there because it wants to grow its population. Like I said, you get more of what you subsidize. There are currently three reasons to live in Alaska: oil field work, revenue sharing and mosquito ranching. Stockton does not have these problems (other than breeding parasites).

By the way, the middle class is what you get when you don’t have strong, centralized government. Using government tyranny to free people from the consequences of government tyranny makes me think liberalism is cognitive dissociation between cause and effect.

So, what’s this “Advance Peace” initiative turd that Richmond tried?

In 2009, the police department of Richmond, California, told DeVone Boggan, then the director of the city’s Office of Neighborhood Safety, that less than 30 men were responsible for 70% of the city’s gun crime, which contributed to the city’s less than flattering distinction of being ranked among the top 12 most dangerous cities in America. The following year, Boggan responded by creating and launching the Peacemaker Fellowship™ model, which would become the core of Advance Peace.

You know what you do in this situation? You go President Duterte on those 29 animals in their city of 103,700 and there’s no more gun crime, not today and not tomorrow. You don’t try to understand how poverty drove them to armed robbery of innocents. You don’t pay them danegeld and welding classes in return for not murdering. You end them in the street gutter, publicly laugh about ending them and put in a call to Roadkill Abatement for body disposal. Their last stop, the municipal burn barrel. Sic semper human trash.

Hmm, that paragraph appears to be everything the website has to say about its program. Big red flag when a liberal program doesn’t want to explain itself in detail.

As Director of ONS, Founder DeVone Boggan was responsible for the development, implementation and management of comprehensive approaches to reducing firearm assaults, preventing retaliation associated with firearm conflict, and transforming the lives of the city’s most lethal young men. 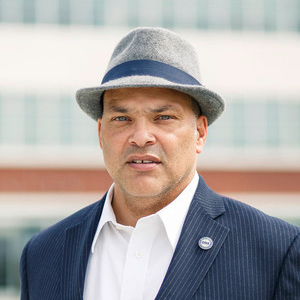 DeVone Boggan (LARPing as the Godfather?)

Previously, DeVone served as Policy Director for Safe Passages, a non-profit public/private partnership focused on improving urban health outcomes for Children, Youth and Families. His work with ONS has been recognized in national publications including the New York Times, Mother Jones, The Washington Post, and NPR.

Impact: As of December 2016, 94% of Fellows remain alive, 83% have not sustained gun-related injuries or been hospitalized since becoming Fellows; and 75% are not a suspect in a new firearm crime since becoming a Fellow.

Impact of GunnerQ’s Hostile Passages program: 0% of Targets remain alive, 100% have not been hospitalized since becoming Targets; and 100% are not a suspect in a new crime of any kind since becoming a Target. Cost: free, paid by volunteers.