This 21st Century headline via Instapundit reveals that Phil Ting of the California Assembly is exploring a new kind of slavery for the people of California: workplace threatpoint.

California, and a handful of other states, have laws that allow family members, roommates, and law enforcement to request a restraining order to remove firearms from an individual who has shown signs of dangerous behavior.

On Monday, according to KOVR-TV, California lawmakers voted in favor of a bill expanding that power to employers, co-workers and school personnel.

But the American Civil Liberties Union, rarely a conservative ally, says the bill goes too far, and joined some California Republicans in expressing concern over the measure.

The ACLU said in a statement that measures restricting those with mental health issues from buying or owning a gun “are too often not evidence-based, reinforce negative stereotypes, and raise significant equal protection, due process, and privacy issues.”

…The bill passed the state Assembly 48-25, and will now head to the Senate.

This doesn’t make the ACLU our friend, or course. But when one of the most converged organizations in North America thinks you’re too converged, it’s obviously time to stop and get professional help.

Democratic Assemblyman Phil Ting, who sponsored the bill, said the expansion is necessary to cover adults who don’t have connections with family and who live alone.

“Once you move away from home and you’re an adult, you may not spend time with your family,” Ting told the Huffington Post. “You may not have much interaction with law enforcement, but chances are if you’re working, you see your co-workers every day for eight-plus hours a day, and you’re with them not just in the work environment but socially.”

He definitely puts the “commune” in Communist, wanting everybody to spy on everybody and inform on them to the State. Orwellian to the ninth degree, or should we say, the ninth circle. This is two different kinds of slavery combined: disarmament and presumption of guilt. It’s the same thing as what Dalrock calls “threatpoint” in marriage. It’s not that your wife is actively destroying you, it’s that she can do it anytime for any reason and you have no defense if she does. It’s proven to be very effective for controlling behavior. Ting is giving your coworkers similar authority to screw you if you’re the “wrong” kind of person. The “gun-owning” kind of person.

I perused Ting’s official website for a couple bonus chestnuts of iniquity.

Ting on May 11: “With May [Revised budget] revenues higher than expected, our economy and job market are clearly healthy. In these times of prosperity, we need to make sure we bring all Californians along for the ride.”

Ting on May 9: “A record number of hard working individuals and families — over 1.2 million — have already claimed their earned CA Earned Income Tax Credit (CalEITC), an effective anti-poverty program in the state with the highest poverty rate in the nation. These numbers have tripled from last year and are expected to continue to rise given the credit can be claimed after tax day through the end of the year.”

It took 48 hours for Ting to go from “record participation in an anti-poverty program in the state with the highest poverty rate in the nation” to “our economy and job market are clearly healthy”. The guy is a shameless tax-and-spender. 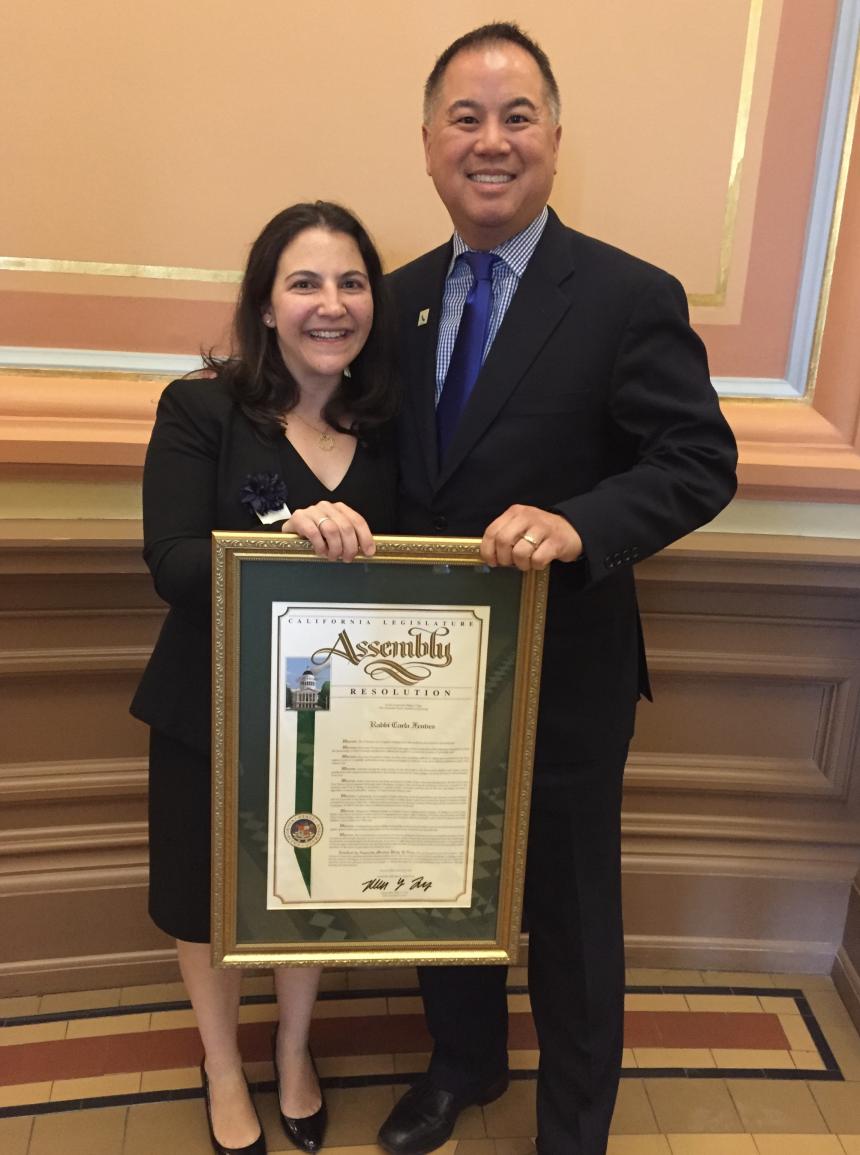 Assemblymember Phil Ting honored Rabbi Carla Fenves during the California State Assembly’s annual recognition of Holocaust Remembrance Week. She is the granddaughter of two Holocaust survivors, Ervin and Vera Fenves of Hungary. During World War II, Vera survived by hiding in the kitchen of a righteous gentile family’s restaurant.

“Righteous gentile” means “Christian”, not that either of these people would care to admit or reward that. Is even Judaism suffering female leadership now? A pedoface giving a “your grandparents’ achievement” award to a man-jawed witch seems so appropriate in Current Year.