Jordon Dyrdahl-Roberts made headlines last Wednesday when he tweeted that he’d quit his government job [a legal secretary at the Montana Department of Labor and Industry] rather than process paperwork that could lead to the arrest and deportation of undocumented immigrants.

Now he’s broke and out of work. But his stand against President Donald Trump’s treatment of immigrant families has inspired hundreds of people to reach out and say thanks ― and to set up a GoFundMe page for him. In a matter of days, as of Tuesday, they had raised more than $11,000 to help Dyrdahl-Roberts regain financial footing.

“I am deeply humbled,” he told HuffPost, choking up. “I’ve got some breathing room now.”

Oh, wow. He decided to spite Trump by starving his own family like he threatened to. What exactly did Trump do? Enforce existing immigration law in Montana? This is pathological. But wait, the story gets better!

Ironically, the person who set up his fundraising page is Juli Briskman, who got fired last fall for flipping off Trump’s motorcade in a photo that went viral. Strangers rallied around “she-ro” Briskman and raised tens of thousands of dollars to help her out, too.

Briskman told HuffPost on Tuesday that she decided to set up a GoFundMe page for Dyrdahl-Roberts after she saw his tweets about quitting his job and felt like they resonated with her concerns about Trump’s “creeping authoritarianism.”

Bitch, that “creeping authoritarianism” was nothing but driving on the road… sigh. Never mind. You might as well give your man-earned money to one jobless bum with a sob story as another. Check that, you should give the money back to the men who earned it.

That picture is such perfect meme-bait… why resist? 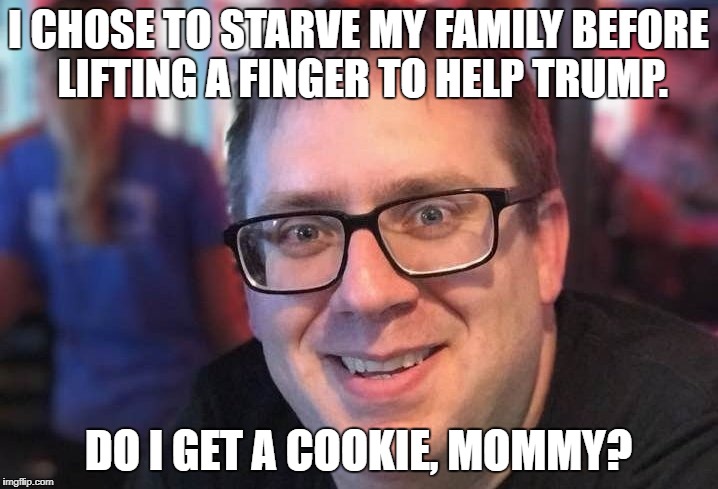 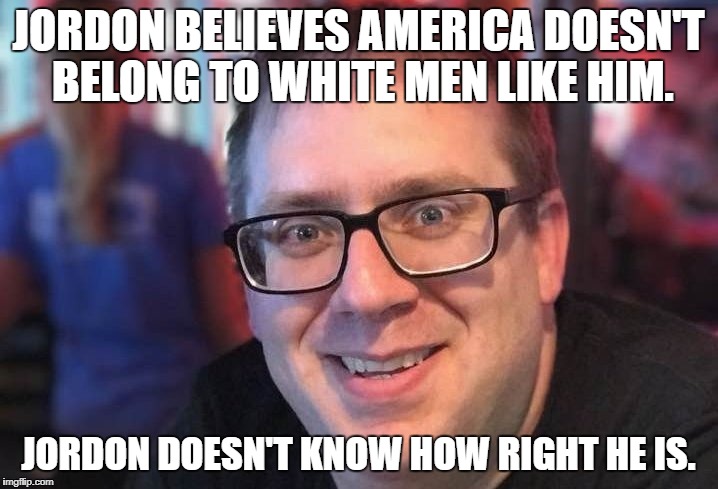 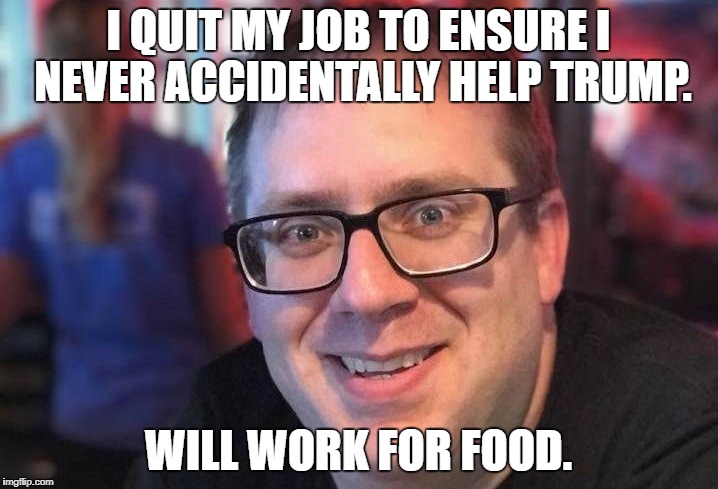