Perusal of the Gospel Coalition’s website makes one realize how sickeningly far the American Church has fallen. Female teachers, anti-white rhetoric and articles on the importance of trusting clergy abound. A truly abominable and recent one, however, is “Jesus Is Not Your American Patriot” by Ameen Hudson, http://www.thegospelcoalition.org/article/jesus-not-american-patriot/. Fisking begins!

“I live in the South, where “God and country” is a popular sentiment. Despite the fact that America was reputedly built on Judeo-Christian values, this seemingly honorable motto is problematic. It fails to promote an ideology that seeks God’s glory and multinational kingdom while encouraging American citizens to submit to his will.”

America was built on Christian values exclusively, specifically Protestant values of limited government and self-determination. America was NOT built on the Jewish values of bloodline preservation, animal sacrifice and economic stasis… the central principles of the Mosaic Law. America was so Christian, in fact, that one could be 100% for both Christ and USA without fear of being forced to take sides. The phrase “God and country” is a celebration of this.

Christ’s kingdom will be a physical kingdom upon the earth when He returns. He has not yet returned; therefore, your demand for a unified humanity is premature and ignorant of reality.

“This dynamic is not new. Many of America’s forefathers built this country believing God’s hand of blessing was on them to bring good fortune to their endeavors. And for centuries, many have attributed America’s superpower status to God’s favor. “

God did bless America. In only 200 years we created from nothing the closest society to utopia that humanity has ever seen, and it was devotion to Christ that made the utopia possible. So much so, in fact, that those who hate Christ also hate America with equal fervor. Coincidence?

American was not considered a superpower until WW2. Our ascent is generally credited to the fact that our economy was the only one to survive that war without being shelled into scrap.

“So often the leader of this civil religion is Jesus, whose supreme interests seem to be “America first” and reinstating a golden age of traditional values. This Jesus is a mascot for a political team; he is not found in the Bible.”

You used the right phrase–CIVIL RELIGION. It’s the idea that America’s civic morality should be built upon the morality Christ demands of humanity. We aren’t content to be merely spiritual; we wish to act upon our beliefs in public and force our beliefs (horrid concepts like honesty and monogamy) upon our neighbors as Christ would have us do. Only the 20th Century’s not-a-Constitutional-principle of Separation of Church and State ended this, with the result half a century later that traditional marriage is dead and sodomizing children is a civil right.

“Jesus isn’t sitting in the heavenlies whistling “God Bless America” with the Declaration of Independence on his desk and pictures of the Founding Fathers on his wall. He won’t return in a pickup truck with “God and Country” bumper stickers and a flag in tow. Jesus isn’t an American patriot. God has made all people—including Americans—in his image, but we shall not make him in ours.”

Of course not. Christ’s favorites were the Jews. All of his disciples were Jewish and he spoke against non-Jews such as the Syrophoenician woman and the woman at the well. Paul called for differential treatment of peoples in Titus 1; John called for differential treatment of churches in the Letters in Revelation. Paul also favored Jews despite being the apostle to the Gentiles until mistreatment by the Jews made him quit them in disgust in Acts.

Christ played racial (and sexual) favorites. We are therefore free to do so as well. We’re even commanded to prioritize Christians over non-Christians in 1 Timothy 6:2 and Galatians 6:10. There is no universal, undifferentiated, generic humanity in the sight of God. This should be obvious just from the existence of Judgment Day.

“The flag our Savior waves is the flag of his own kingdom, to which all nations, tribes, and tongues will bend their knee (Phil. 2:9–11). Even the United States of America.”

Go home to Africa, Dindu Ameen. Zimbabwe is no different from USA, yes? You are ungrateful for all that USA has given you. We Americans bent our knee to Christ from our nation’s very beginning, wholeheartedly, and you clearly hate us for that with your unfounded accusations that Jesus is just a “mascot” to us. 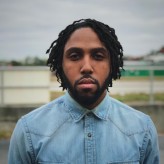 One thought on “The Gospel Coalition’s Hatred of America”